Two Charitable Bequests Made–Aid For the Poor in Middletown, Conn.

The will of Mrs. Cornelia Wadsworth, which was executed on March 9, has been admitted to probate. Mrs. Wadsworth died last Tuesday, leaving a large estate, the value of which is not mentioned. She makes numerous bequests to servants, friends and relatives, and also of a charitable nature.

The Middletown, Conn. Sentinel has the following notice:–

Notice.– The poor of the town of Chatham will be sold on the first Monday of March [i.e., March 6], 1837, at the house of Zebulon Penfield, Esq. At 9 o’clock in the forenoon.

–This custom of selling the poor, though as far removed from the southern practice of slave-holding as the East is from the West, is nevertheless despicable and inhuman. The object of it is, on the part of the towns, to be relieved of the burden of providing for the needy, sick and helpless, in the cheapest manner. Hence these unfortunate fellow-beings, without any election of their own, are put up at auction, and sold to the man who will feed and clothe them at the lowest rate–he having the privilege to make as much money out of their forced labor as possible. Thus, being bought on speculation, it naturally follows that they are liable to fall into the hands of licentious, drunken, brutal, or extortionate men, and their treatment is often most rigorous and intolerable. If they complain, their complaints are almost as little heeded as are those of the poor slaves. They are paupers, forsooth, and therefore they must not presume to find fault with any thing their purchaser may do to them. During our brief sojourn in Connecticut, last year, we saw an old veteran ninety-six years old, who had been sold to an intemperate wretch, and by whom he had been repeatedly knocked down and furiously trampled upon, merely because he asked for a morsel of bread, being famished for the want of proper sustenance. Such cases of barbarity are not rare, and the guilt primarily belongs to the towns which sell their poor in the manner stated above. Truly, ‘Man’s inhumanity to man makes countless thousands mourn.’ It may be said, by way of palliation, that it is best not to give any encouragement to paupers: But this is to beg the question. To encourage vice is one thing–to starve and maltreat those who are ostensibly provided for, is another. In offering the town poor for sale to the lowest bidder, it is evident that there can be no discrimination between those who are qualified to exercise a benevolent supervision over these objects of charity, and those who are not qualified, either as it respects their humanity or their moral character:– and, surely, our knowledge of human nature must teach us, that much of the patience, long-suffering and kindness of the Son of God is needed on the part of those who assume the responsibility of providing for the halt, the maimed, the blind, and the incorrigible vicious.

A prominent Naugatuck Valley lawyer has been investigating the State Industrial School in Middletown, Conn., and the result has caused no little scandal in that State. It is said that the institution is little better than a house of assignation. An investigation will be made, and a shocking state of affairs is expected to be disclosed. Of recent inmates, Katie Boughton has just given birth to an illegitimate child at the New York City Hospital. Mary Jessup, of Waldron, has an illegitimate child six months old. Fannie Tucker, aged seventeen, is about to be confined, and Mary Green, aged fourteen, was confined January 1. The last three are at the New Haven Home of the Friendless. It is alleged that these girls were all ruined at the school, or at places where the school put them out.

Special to The Leader.

Connecticut Pastor Says There is More Hope of Making a Good Citizen of Him Than His Opposite.

Middletown, Conn., Feb. 25.–The Rev. George B. Gilbert, rector of Christ’s Episcopal church in this city, has been making a study of the boy problem and announces that there is really more hope of developing the typical bad boy than the typical good boy into a useful citizen.

Mr. Gilbert prefers bad boys for Sunday school pupils and the more devilry they display the more hope he has of them.

It was announced today that he has rented a fifty acre farm, bordering on a small lake, and will turn it into a practical plant for making bad boys into useful citizens.– From The Chicago Daily Tribune, Feb. 26, 1910.

“Sixty-four farmers living in and about Middletown, Conn., have given notice to the citizens that on Monday, at 11 o’clock, they will come in with their ox-carts, laden with wood and provisions for gratuitous distribution to the poor, under the management of the mayor and committee of the citizens.” –From the Raftsman’s Journal (Clearwater, Pa.), Feb. 3, 1858. 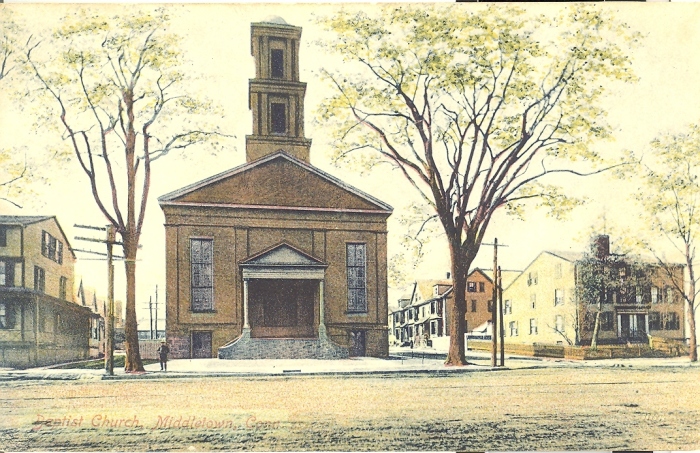 On this day in 1895, Baptist Church clergy urged parishioners to support its new Industrial  Wood Yard, a mission sponsored by the church to provide employment, food and lodging to men in need.  Pastor P.F. Jernagan asked for funds to build an outdoor shed on church property where workers could split and saw wood that would be sold by the barrel.  Launched at the start of the new year, the work project had employed 10 men at the rate of 9 cents an hour in its first four days of operation.  An additional 20 job seekers were turned away.  The mission’s goal was to provide work to anyone who was deserving “no matter what their color, religion or nationality.”